After Suzuka subbed for Hockenheim last time out the virtual series returns to mirroring its real-life counterpart this weekend when 27 GT drivers climb aboard their Fanatec sim rigs for the final time in 2022.

One notable feature of this year’s championship has been the success of Akkodis ASP whose Williams Esports-assisted Mercedes-AMGs have twice finished first and second. The second of those perfect performances came last time out at Suzuka where the Pro entry driven by Dani Juncadella led home the sister Silver car of Tommaso Mosca.

But while neither top their respective class standings, both remain championship challengers with one hour-long race remaining.

The Pro class is absolutely wide open thanks, partly, to Beechdean AMR’s real-world withdrawal that has prevented Nicki Thiim from adding to his early lead. The Dane could yet clinch the title despite missing the final two races, although that requires a favour from each of the other five mathematical contenders.

They’re headed by Akkodis ASP who sit one point behind following Juncadella’s victory at Suzuka. Assuming other results also add up, tying with Beechdean AMR would see Akkodis ASP crowned champions on countback thanks to its superior number of victories.

Equally, 30kg of Success Ballast should restrict Juncadella’s chances of fighting for the class podium, which leaves the door ajar for two more title contenders who race without extra weight: ROWE Racing and Attempto Racing.

The BMW won first time out at Imola but hasn’t featured on the podium since despite all three of its drivers taking turns on the sim. At Barcelona the responsibility for overturning a three-point deficit falls to Dan Harper.

Attempto, meanwhile, is one of three teams with seven points that must win to have any chance of beating Beechdean AMR. Tying will not be enough. And what’s more, the Audi – which this weekend features Kim Luis Schramm – hasn’t scored a point since Round 2.

The two remaining protagonists both have reasons to be hopeful. Audi Sport Team Tresor only collected its first points at Spa but now finds itself with an outside title shot thanks to Luca Ghiotto who’s finished on the podium in each of his last two races.

Team WRT, meanwhile, is the only outfit to have scored Pro points at every round. And, just like Tresor, it also finished in the top-three at Suzuka. However, Dries Vanthoor must win in Spain – something he managed last season – to have any chance of overturning the Belgian squad’s starting deficit.

The Silver class also remains unresolved despite Alex Aka having one hand firmly on the championship trophy.

Attempto’s Audi has collected 15 real-world teams’ points from a possible 20 so far but was unable to clinch the esports title with a race to spare thanks to Mosca’s victory last time out. The onus is now very much on the Italian to win again and hope Aka fails to score, which would see Akkodis ASP crowned champions on countback.

The already tough assignment is made even harder by Mosca carrying the maximum Success Ballast. What’s more, Aka has scored points in every race so far and competes without extra weight on Saturday.

Madpanda cannot win the title at Barcelona as they did 12 months ago. However, they – along with Haupt Racing and VSR – are one of several Silver class victory contenders likely to restrict Akkodis ASP’s chances still further.

Each of the 27 entries have been assigned a Fanatec rig for the entire season, which they can either set up using data provided by official SRO Esports partner, Coach Dave Academy, or according to their own preferences. They must also use the same manufacturer as their team has entered in real life.

Each driver must make one mandatory pitstop between minutes 25 and 35. Changing tyres is optional but at least one litre of fuel must be added. Success ballast in the order of 30kg, 15kg and 10kg will be applied to both classes’ top three finishers from the previous round.

The top-five Pro and Silver class finishers score points in the order of 5-4-3-2-1 towards their respective real-world Overall Teams’ Championship total, meaning as many as 25 points are available across 2022’s five 60-minute races. There’s a genuine possibility, therefore, that virtual results will decide the outcome of a real-world international championship. 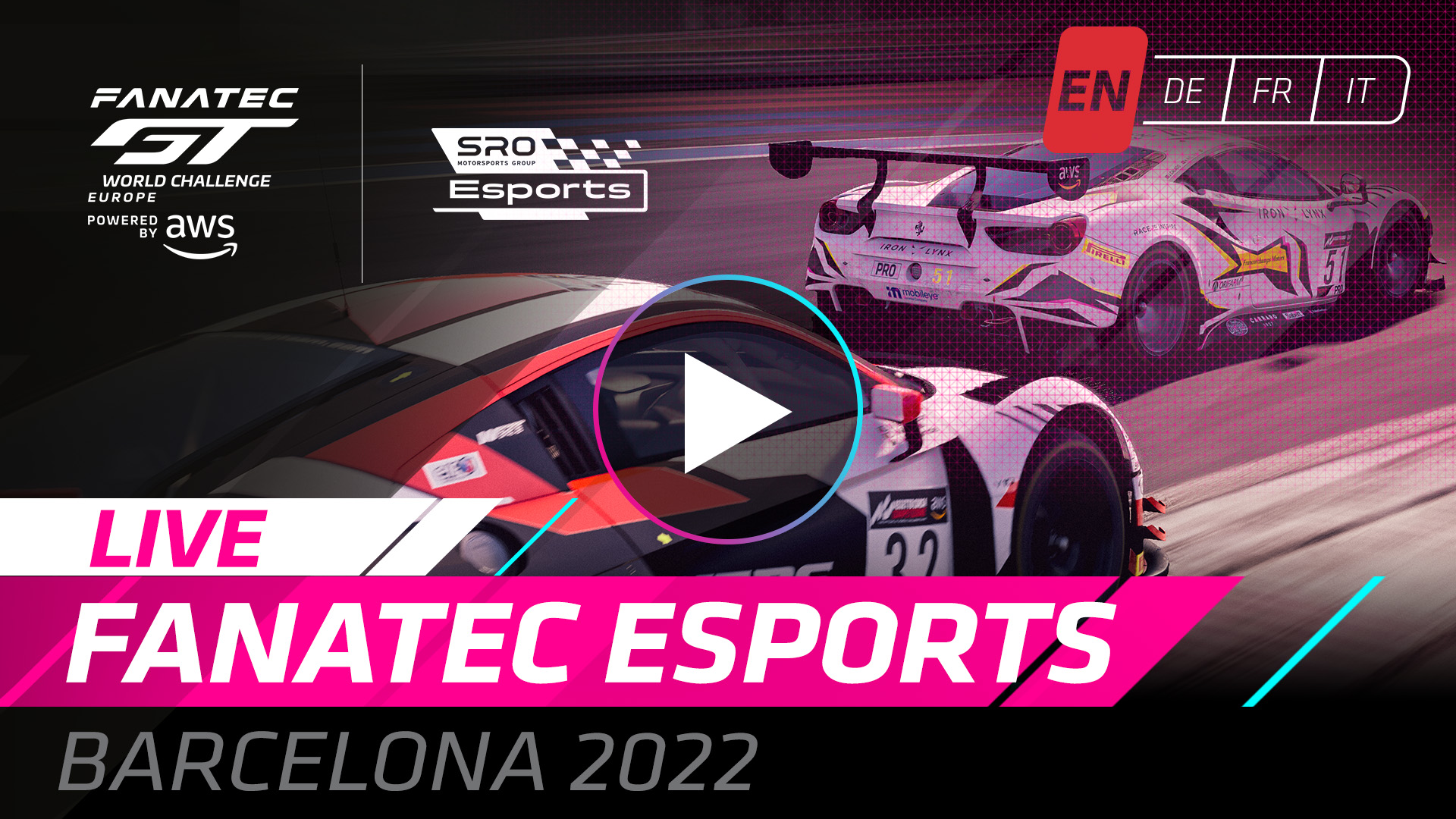